The Most Diverse Runway In History 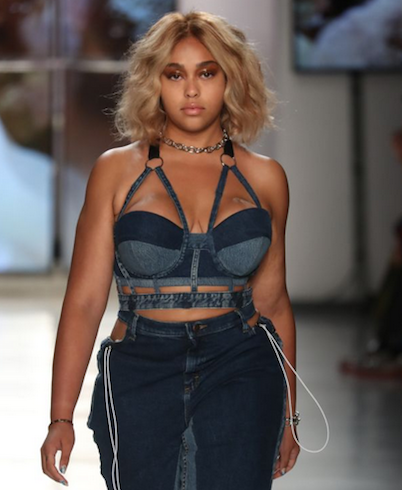 Plus-size and transgender models on the runway has so far been limited to a model or two per show. That’s not to denigrate those models and designers who promote body positivity; rather, it only confirms that, despite the progress made, there’s still room for improvement. We know improvement is on the way, however we were pleasantly surprised when we sat down for NY Fashion Week to see this improvement first hand. 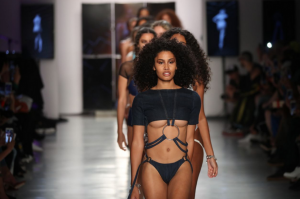 At swim and activewear brand Chromat, the clothes tell a story as much as the models who wear them. We wanted you guys to take the opening look at the New York Fashion Week Spring/Summer 2018 runway on Friday night: a blue-black cropped bathing suit top replete with trendy underboob, a Lara Croft Tomb Raider-esque harness, and G-string. It would have been show-defining on its own, but designer Becca McCharen-Tran didn’t cast a straight-size cisgender (non-transsexual) woman, as is the norm in fashion, to open her show. She cast transgender model and activist Leyna Bloom.Plus-size models may be underrepresented relative to the plus-size market, but so too are trans models. Last season, trans models represented 0.17 percent of all model castings, with only 12 appearances, according to the Fashion Spot’s runway-diversity report, making transgender people the least-represented group in fashion.

For Spring 2017, transgender models constituted 0.11 percent of all runway castings in other words, 10 appearances. That’s a slight increase from the Fall 2016 season, which saw eight transgender model castings in total and double the prior season, which saw five. Eight of the 10 sightings took place in New York and four of those occurred at Chromat, where designer Becca McCharen-Tran enlisted Carmen Carrera, Leyna Bloom, Maya Monès and Aurel Haize Odogbo to showcase her architectural pieces (and, in so doing, make the case against tokenism). Ines Rau represented at Hood By Air, known ally of the transgender community. That same day, designer Rio Uribe featured Monès, Torraine Futurum and Farideh Arbanian in his club kid-geared Spring 2017 presentation. “I imagined a man borrowing his girlfriend’s lingerie or wives borrowing their husbands’ shirts and vice versa, with all of it standing for what Gypsy Sport is about: mixing genders, mixing roles, mixing identities,” Uribe told WWD.

Across the pond, Greta La Medica walked for Fausto Puglisi; she was the only transgender model hired in the city for the entire week. Ditto for Lea Tisci, who represented the transgender community in Paris at her namesake’s latest Givenchy showing. 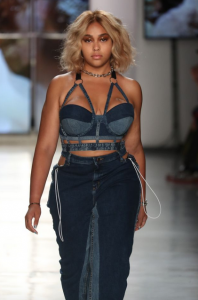 That said, body diversity continues to lag far behind racial diversity. Of the 2,973 model appearances in New York, plus-size models accounted for 16 spots, which translates to a lowly 0.54 percent. Widen your scope to all of Fashion Month and that number shrinks to 0.18 percent. (Nowhere in Europe did a plus-size model grace the runway.)

Season for season, it seems the only constant is that curvy models account for less than 1 percent of the runway. For Fall 2016, there were but six (albeit less concentrated) plus-size castings. The prior season (Spring 2016) saw 14 plus-size model appearances — all of which came out of Addition Elle and Chromat in New York. 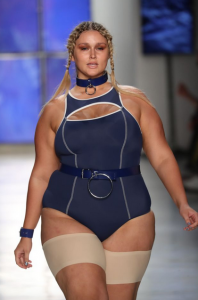 As for the clothes: There were metallic and denim, structural bodices, and reworked corsets suspiciously similar to Instagram-beloved Orseund Iris corsets. Oh, and there were anti-chafe thigh bands, both on the runway and included in guests’ gift bags. And so by the show’s end, Chromat inspired cheers and applause and praise from an exuberant audience; if only it could inspire that within fashion, with a capital F.

What were your thoughts about diversity in the Spring 2017 New York Fashion Runway?

Let us hear you in the comments below.