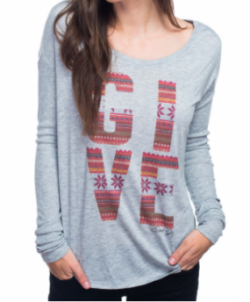 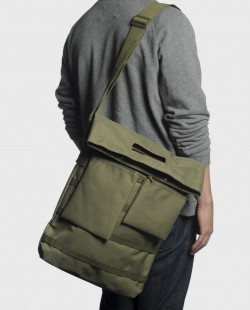 As we are in the middle of the holiday season, giving is a topic that is most likely at the forefront of our minds. As you shop for those last minute gifts this holiday season, take a look at a brand that has always had giving at the forefront of their minds. Sevenly is an online company that was created in 2011 by four people with a simple purpose: give back to those in need. Each week, Sevenly devotes itself to a different charity, raising awareness and funds. For every item purchased from Sevenly, seven dollars is donated to the charity that is being featured that week. In total, Sevenly has given over $4,086,836 to a multitude of charities from the purchases that have been made from their company. Some of these charities include Operation Christmas Child, Show Hope, Freedom Firm, Mercy Ships, Autism Speaks, Mocha Club, and Stand for the Silent. The company motto is, “People Matter.”

Sevenly mixes fashion with generosity and awareness. Every item is carefully designed to represent a specific charity or the idea of giving. The company has created cute and comfortable clothes that are perfect for every day wear.  If you are looking for the perfect loose and causal tee with a little bit of flair, the Bikes Brings Freedom Flowy V-Neck is the perfect option. This shirt was originally created to support the Girl Up Charity, a charity that helps provide bikes for young girls in Malawi to get to school in a way that can help them avoid gender-based violence and long travel distances on foot. You may also want to take a look at the, Be The Change Flowy Raglan, which donates to Sevenly’s weekly campaigns. For a cute way to accessorize a simple outfit, try the Love Nail Tree-Weapon of Story Camera necklace. This fashionable piece from Love Nail Tree is featured for a limited time by Sevenly to donate to the weekly campaign.

Every piece from Sevenly not only makes a fashion statement, but a statement of hope and change as well. This company took their love of style and mixed it with their love for people to create a brand that can make a difference. Sevenly uses style, seven days, and seven dollars to change the world.