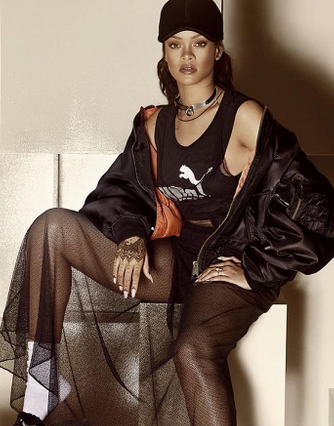 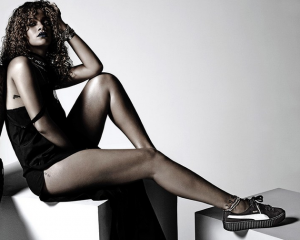 According to Business of Fashion, Puma is only getting more and more popular. The brand raked in $13 million for the second quarter, which was considerably more than analysts expected. BoF reports that sales of Puma sport shoes in the U.S. rose a whopping 40% in May, due in large part to the success of Rihanna’s shoes.

On Thursday, Rihannah will release the third installment of her Puma Suede creeper, a sneaker with a flat, thick-soled “creeper” platform attached that is expected to sell out as quickly as the first two releases. Last fall, the $120 sneaker sold out online within three hours of its pre-sale launch. Two months later, in November, a men’s version of the creeper was snatched from the site by the next day. As people queue up their browsers and this week to sell out another $150 for three new colorways, it appears the success of the creeper, a style immortalized in the 70s as a British punk staple by designers like Vivienne Westwood, has transcended the standard celebrity fashion endorsement. 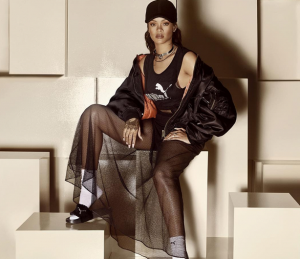 When Rihanna was seen heading to her favorite restaurant in Santa Monica, California, in October of 2014, only a few fashion spotters were perceptive enough to look past the high-profile Jeremy Scott for Adidas jersey dress she wore and notice her feet—which were adorned with custom Adidas Samba creepers. The next night, she wore Air Forces with the same thick creeper sole attached, designed by the same brand, L.A.-based Mr. Completely. The creeper wouldn’t go on to become an “It shoe” until one or two seasons later, but Rihanna was launching the trend. She started experimenting with platforms when other pop stars were still contemplating whether or not to go stiletto or platform. It would be another four months before Vogue labeled Alexander Wang’s exaggerated creeper boot the Fall 2015 season’s “must-have,” (which, of course, Rihanna had already worn in February of that year). And by September, Rihanna’s creeper-soled sneaker for Puma would sell out within hours. The creeper had officially reached complete “It sneaker” status.