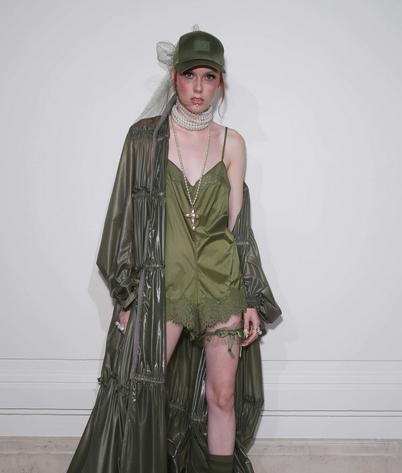 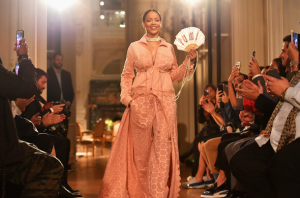 You already know we are in love with Rihanna, running, and fashion, which is why we were so excited when we saw these three come together into one absolutely amazing show. Rihanna made her Paris Fashion Wekk debut with a show for her Spring 2017 Fenty & Puma collection. We all know Rihanna does everything big, which is why we weren’t surprised to see her collection set against the elaborate backdrop of the Hotel Salomon de Rothschild! The celeb sent out street wear with high-fashion twists, Rihanna’s second Puma offering was a take on Marie Antoinette as if she was the coolest chick on the streets of Paris. After watching the show, we thought there were some major details you guys might want to know about Rihanna’s stunning debute. 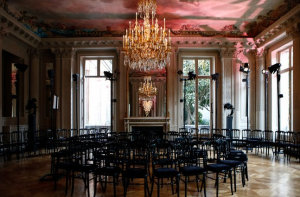 Rihanna turned the salons of the Hôtel Salomon de Rothschild into a wonderland complete with chandeliers lying on the ground and a maze-like runway that wound in and out of the hôtel particulier’s many rooms. 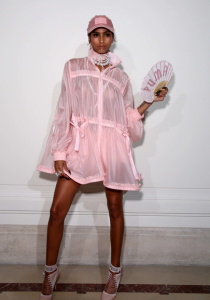 Imaan Hammam opened the show in a transparent, Pepto-pink parka that was trimmed in ruffles. She carried a Puma-branded fan and wore a full neck of jewelry, a do-rag, and a baseball cap. 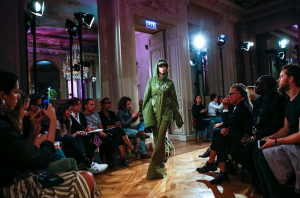 From there the show cycled through a variety of pink looks. The most dramatic being the bow-front number on Slick Woods, before turning to an army green palette that included jumpsuits and a memorable hoodie with a bra top affixed to its front. We are obsessed with this palette. 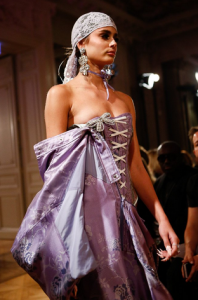 Corsets were a big story at Fenty x Puma, with models wearing them over dresses, as part of sweatshirts, or on their own with bra tops. 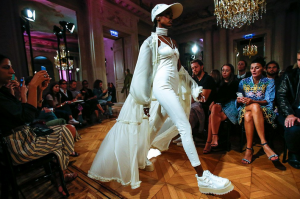 Though we were absoutely in heaven with the collection at the beginning, we could not help but wonder… wait where are the shoes? And then all of a sudden, there they were. There were creeper-soled boots, stiletto mules, and proper pumps with shoelace trim at the front for girly girls who want to nod to sports culture without getting their feet wet. 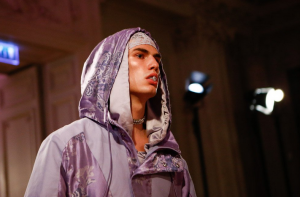 Many of the models in the show carried diamond rings in their mouths. How better to propose to a gal? But really a Rihanna twist on the show, providing a mysterious perception for the audience to make their own determinations on what they would do with a hot model & diamond ring in their mouth. After the models took their final walk, Rihanna came out in head-to-toe pink, making sure to stop in each of the salon’s many rooms and bless her guests with a photo op. If the big smile on her face is any indication, we’d say she’s pretty happy with the outcome of this collection. 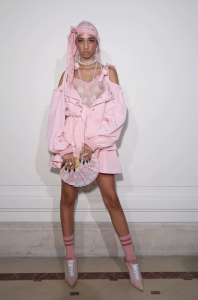 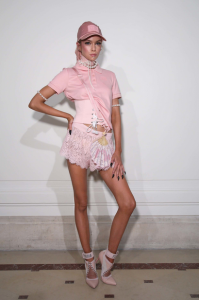 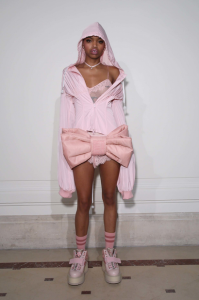 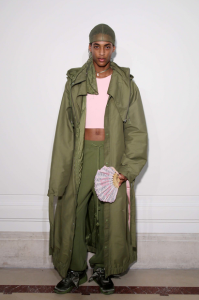 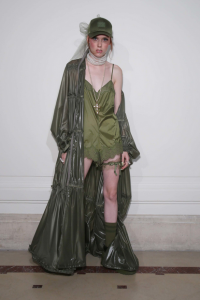 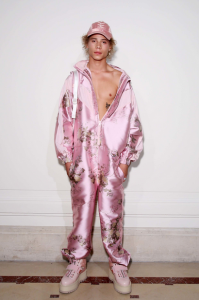 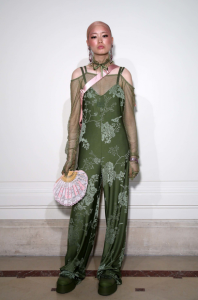