Our Best Dressed of the Week 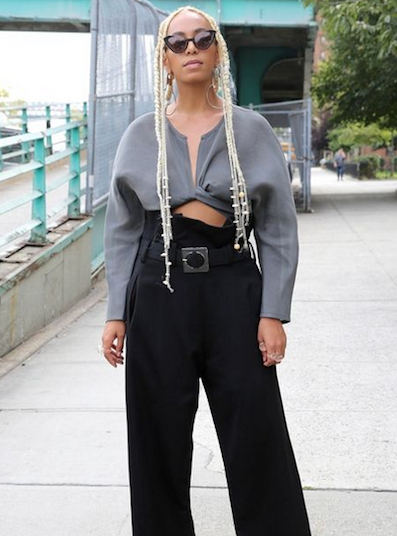 Wearing: Christian Dior Couture at the Emmy awards this week, Zoe Kravitz glided onto the red carpet like a rainbow dream. Her gown took over 200 hours to create, which looks straight out of our favorite fantasy land. Winning her a place for best dressed of the week.

Wearing: Rodarte, its one thing to show up in flowers on the runway, but Kirsten Dunst took us to a flower wonderland and wore them on the red carpet to the Hollywood Premier of her film Woodshock. She looked flawless with devine baby breathe wrapped around her floral gown. She earned a spot on our best dressed of the week. 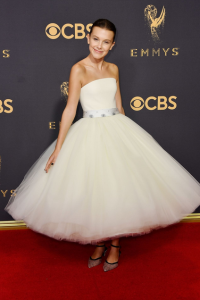 Wearing: Calvin Klein, at a young age of 13 Millie Bobby Brown is a legit style princess. Her prima ballerina outfit at the Emmy’s looked like it was taken preciously from your childhood jewelry box and enlarged into the perfect dress. Millie absolutely earned a place in our best dressed this week. 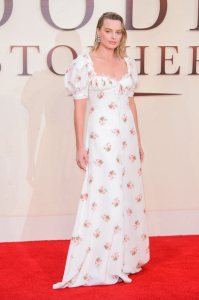 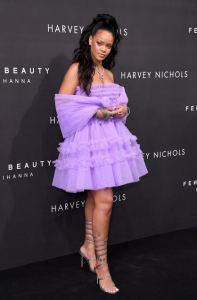 Wearing: Molly Goddard, Rene Caovilla Sandals, for the third week in a row Rihanna has been showing us what her style is really about, the Emmy’s, and her appearance at Harvey Nichols. This time we are impressed to see her on-trend lavender babydoll dress paired with heels that snake up her calves like magic. 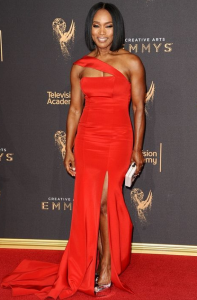 Wearing: Romona Keveza, Angela Bassett attending in 2017 Creative Art Emmy Awards in Los Angeles, California. The actress grazed us with her fiery presence. Her dresses asymmetrical neckline contrasted by a blunt bob is a killer combo, winning her best dressed of the week. 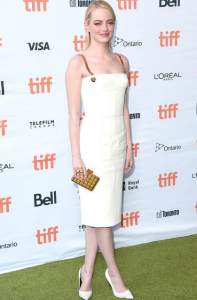 Wearing: Tom Ford, we always strive to match our accessories to our clothes, but Emma Stone’s chained straps make that task a no-brainer. She wore a white-and-gold dress with great gold accessories to the Toronto International Film Festival premiere of her upcoming film, Battle of the Sexes. 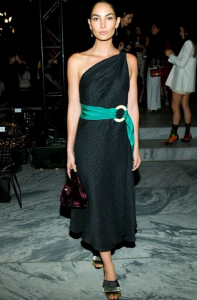 Wearing: Carolina Herrera, Lily Aldridge gave her simple LBD a touch of casual elegance with a statement belt at the Oscar de la Renta runway show. A vintage-inspired fabric belt is now at the top of our autumn shopping list. 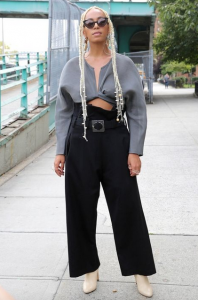 Wearing: Maryam Nassir Zadeh, Solange Knowles debuted her platinum braids at the Maryam Nassir Zadeh show this week, but its her twisted top we’re eyeing. Worn with wide-led trousers and funky sunglasses, it’s a crop top you can wear during the unpredictable weather between fall and summer.