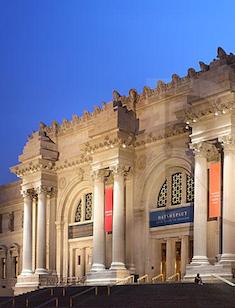 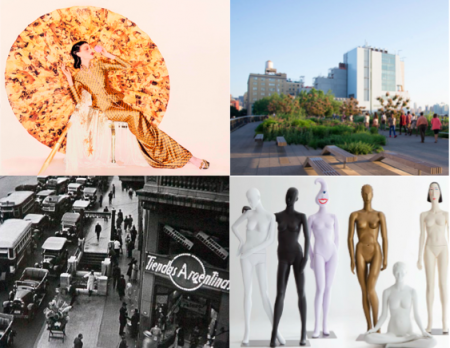 China: Through the Looking Glass

The Metropolitan Museum of Art will display over one hundred garments from The Costume Institute. The exhibition compares western costumes dating back to the 1700s to Chinese costumes, paintings, jade, porcelains as well as other decorative art. Revealing the juxtapositions and influence held by the Chinese culture. Shown will be film clips expressing the importance of social media as a transmission of culture. These representations of China will show how western culture views China and it’s reflection in clothing.

The Inauguration of the Whitney Museum

The Whitney Museum of American Art is moving to a new location in the Meatpacking district. The new building will be an attraction as Renzo Piano is the architect. Its inaugural installation will mark the Whitney’s largest permanent display to date. Showing traveling exhibitions and the work of Archibald Motley, Frank Stella, and David Wojnarowicz. Along with additional works gifted to the Whitney and the Centre Pompidou in Paris by Thea Westreich Wagner and Ethan Wagner.

From Bauhaus to Buenos Aires: Grete Stern and Horacio Coppola

Photographs exhibited will tell the story of two photographers, Grete Stern and Horacio Coppola. Starting both their careers in the 1920s on the opposite sides of the Atlantic they met when studying at Bauhaus. The rising threat of the Nazi powers forced Bauhaus to close and both Stern and Coppola fled Germany. Stern fled to London where she photographed pictures of fellow German refugees. After traveling Europe, Coppola joined Stern in London, where he captured emotional images stained with social concern and surrealism. In 1935, both traveled to Buenos Aires where they exhibited their work, marking the introduction of avant-garde photography in Argentina.

Ralph Pucci: The Art of the Mannequin

The Museum of Art and Design will display Ralph Pucci’s innovative mannequins. The “Art of the Mannequin” will include nearly 30 of Pucci’s most important mannequins, as well as an in-gallery recreation of his sculpture studio. Pucci’s master sculptor and longtime collaborator, Michael Evert, will be present during the exhibition giving visitors a chance to see the creative process. Initial modeling in clay, rendering and the fiberglass end-product.