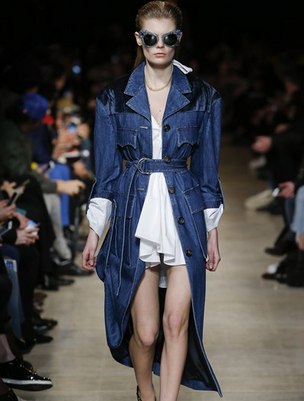 As we are always looking forward in the Fashion World, We have been absolutely excited for Miu Miu’s 2016-17 Ready-to-Wear Collection for Autumn/Winter. However, we were not expecting it to be THIS GOOD! Take a look at Miu Miu’s astonishing look’s and a little commentary from Sarah Harris to really put this collection into perspective for you. 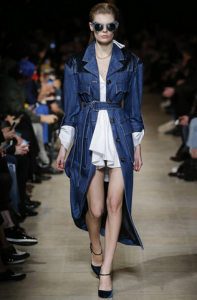 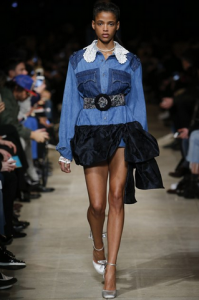 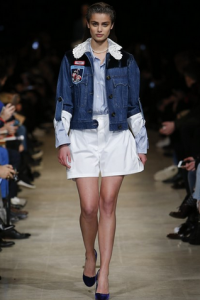 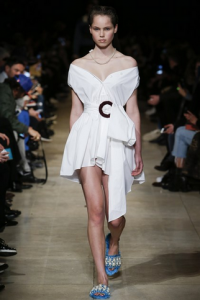 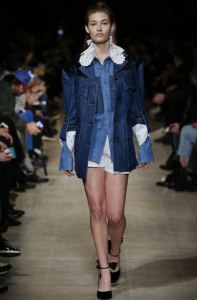 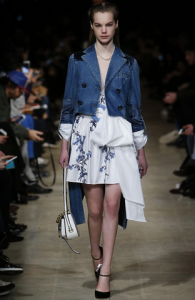 If there is a show that sums up the spring/summer and autumn/winter debate – specifically, what season to show when, and exactly when it should be available to buy – then Miu Miu this afternoon was it. A collision of every season jumbled into one collection, the clothes echoed the principle that it’s always summer somewhere in the world – no bad thing. The show itself began with a series of cotton poplin shirting, light and summery with straps falling off shoulders to a soundtrack of Marvin Gaye’s I Heard It Through the Grapevine. There were white bloomers and blue shirts, tails gathered into pillowy puffballs. Variations on the denim jacket came next, some embroidered with badges, others with white guipure lace collars partnered up with denim maxi skirts. Then came the golden fox-fur coats and a series of dark damask florals, a heavyweight fabric that seemed more akin to upholstering a sofa. It was reworked in duchess-style maxi skirts – often with hemlines hoiked up with buttoned straps, and grand coats cinched with wide velvet belts. Also on the heavier side were flocked overcoats, waxed hunting jackets and wool breeches and shooting jackets. The latter popped up at Prada’s hit show in Milan last week. There were other parallels, too, such as the selection of argyle knits which, here, were styled with crisp white handkerchiefs popping out of breast pockets. After a hiatus, Katie Grand is back on board at Miu Miu and it was evident also in the casting; from Gigi Hadid to Adriana Lima, Lara Stone, Irina Shayk, and even an appearance made by Emily Ratajkowski. All served up with sweet pearl necklaces and jewelled heels with bows. This was a show with oomph. (Sarah Harris)