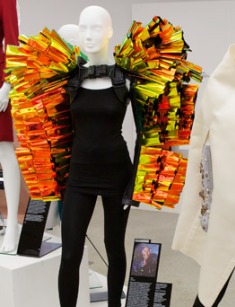 Fashion is not limited to the clothes that we wear or the latest trends. Fashion is a way that we as individuals choose to express our personalities, goals, and interests. Although fashion trends act as a guiding force in our clothing choices, no two people have the exact same style. Our fashion choices align with who we are, what we do, and what we want. There is a certain power that comes from dressing in a way that is fashion forward but still fits one’s specific lifestyle. The term, “Dress for Success,” holds truth in the fact that our fashion choices can empower us with poise and confidence in our daily lives. 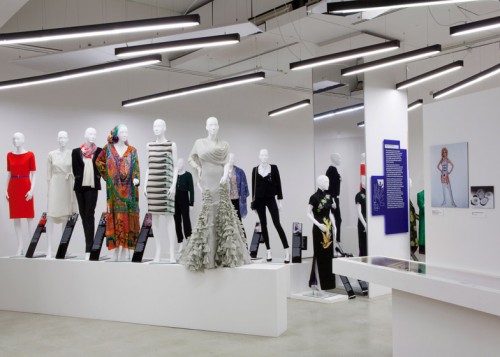 London’s Design Museum is supporting this idea with their recent exhibit entitled, “Women Fashion Power.” This exhibit, which opened on October 29, 2014 and will run until April 26, 2015, features the fashion insight and choices of 26 of London’s most powerful women over a time span of 150 years. From princesses, to models, to CEOs, to Dames and designers, this exhibit shows how years of influential and powerful women expressed themselves through their fashion choices in a way that helped illustrate their position and authority in society. The exhibit brings together interviews, multimedia interactions, and historic pieces of clothing to create a display that truly showcases the beauty and influence these women and their fashion choices held. Some of the women showcased in this exhibit include Princess Diana of Wales, designer Diane von Fürstenberg, former British prime minister Margaret Thatcher, and members of the 19th-century suffragette movement, which campaigned to allow British women the right to vote. Every contemporary woman featured in the display has also contributed one of their own outfits to the exhibit as well as personal insight on their current outlook on fashion and style. 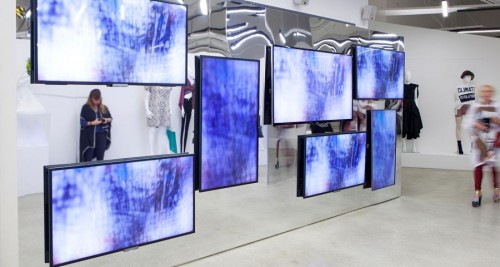 Due to the focus the exhibit holds on women of power, it was only fitting that some of London’s most influential women of today took part in the creation of this display.  The exhibit was designed by world-famous architect, Zaha Hadid, who designed the London Aquatic Centre for the 2012 Olympics. Other contributors to the exhibit included fashion designer Vivienne Westwood and Mayor of Paris Anne Hidalgo. From its history to its creation, the Women Fashion Power exhibit is an excellent example of how women of influence use fashion as a way of self- expression, beauty, and power.