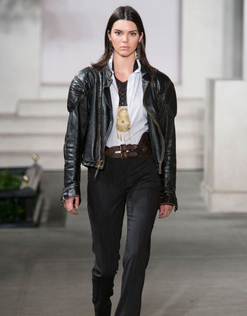 You know how much we love fashion, and not too mention how much we LOVE NYFW. This year has been amazing so far, so many great new looks from so many great designers. We also are so excited to see all of the social media bloggers, vloggers, and style watchers out at the show and loving their street style! The runway looked absolutely flawless with super models like Kendal Jenner. So though we have so much to share, we had to start with some highlights of some absoultely fabulous designers and their offerings on the runway this year! 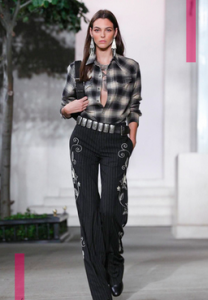 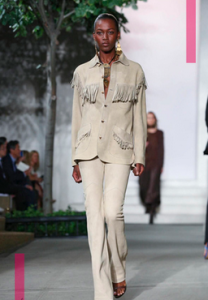 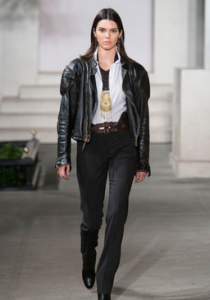 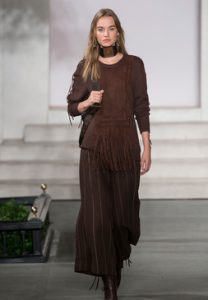 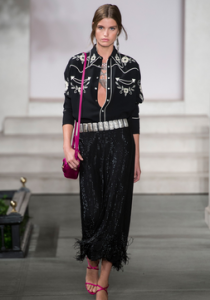 Ralph Lauren and his luxurious take on the American West. Ralph Lauren’s New York Fashion Week collection included fringed jackets, embroidered western-style shirts, southwestern ponchos, macrame and cowboy hats. He presented his collection in a runway show on the street outside his store, then invited guests inside to buy what they’d just seen. Lauren not only gave a show, but showed us his great marketing skills of his brand and got watchers excited about buying pieces from his line. “Today I am proud to share with you, for the first time ever, my new women’s collection right off the runway and into your lives,” the venerable designer wrote in a statement. “You are changing the way you live and the way you want to shop, and we are changing with you and for you.” The block of Madison Avenue fronting his store was closed off for the glamorous event, held in a temporary glass structure that resembled a greenhouse.

The show literally stopped traffic. “I have always been inspired by the rugged beauty and romance of the American West,” Lauren wrote. “The September Collection is imbued with that spirit, but reinterpreted in a modern glamorous way for the woman whose style is both personal and luxurious.” The show began with items in black, tan, white and brown. It was only toward the end that bright color suddenly popped up with shimmery, slinky dresses in purple, deep pink, red, yellow and bright blue. The real Ralph Lauren color palette we all love so much. At the end, the artist himself, Lauren came out in washed-out jeans, and a work shirt. He came out for his customary wave to the crowd, stopping to make a happy gesture that resembled a flamenco move. Then he retreated into his store, where champagne and caviar and the new clothing, of course awaited the invited guests. 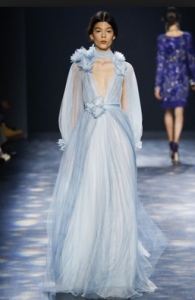 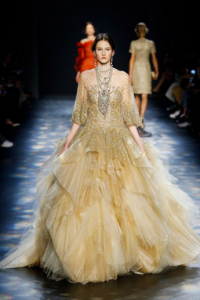 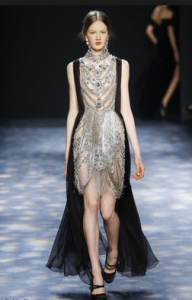 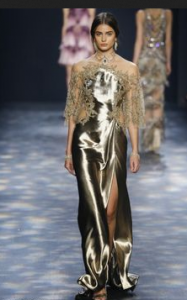 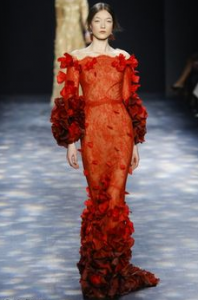 Designers Georgina Chapman and Keren Craig at Marchesa say they have no trouble thinking of ideas for each new season. “Georgina will call me in the morning and say, ‘I’ve had a dream, I’ve had a thought, we’re gonna do this,'” Craig said in a backstage interview. “The ideas just flow.” Added Chapman: “At the end of the day we have our DNA in the clothes, that we’re very true to, and we enjoy it and we laugh.” For their spring collection, the designers and red-carpet regulars focused on what they called the journey of a day, from sunrise to twilight to darkness. Don’t you just love that description? On the runway, light pinks were for sunrise and yielded to silvery blues and silvers, perhaps for dew. There was gold, to evoke sunlit wheat fields. There was black, too, of course, for the deep night. There were florals galore, some fringe as in a tiered fringe column gown in blue tulle and of course lots of lavish embroidery. Chapman and Craig established their brand more than a decade ago, but say they still haven’t tired of working together. Which we think is true destiny of design partners in crime. “In fact on Saturday night we had a girlie sleepover,” Craig said. “We did,” agreed Chapman. “We sent the kids and husbands away, since we had to work. We had some wine and a good giggle.” 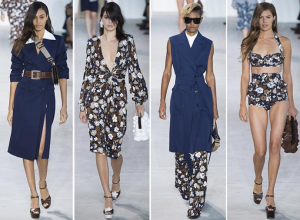 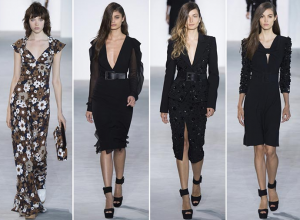 Michael Kors put Rufus Wainwright on his runway to belt Judy Garland tunes as models walked in bringing florals and looks in classic navy and white. Kors said in an interview he was thinking about that old chestnut, “‘She’s a real dame,'” a la Barbara Stanwyck and Katharine Hepburn back in the ’40s and Kim Basinger in the ’80s.”These women were sly and feminine but they were definitely in control,” Kors said. He delivered that attitude in sharp tailoring of shoulders and cinched waists, mixed with things like a wide-belted trench coat with an asymmetrical hem, pleated palazzo pants and shoulder-to-wrist rows of ruffles on the sleeves of one collared, see-through button-down blouse. “Something that catches the breeze,” Kors said. Kors, bending to the “see now, buy now” trend, made some looks immediately available, but most of the collection he called timeless, the “opposite of fast fashion.” As we all know, Kors has struggled with critics of his fast fashion designs and couture designs. So this year he made sure everyone knew the difference! That was true of navy blue coats, day dresses and sparkly black evening wear. It might not be true of little bra top and romper sets in browns, or oversized sleeves flopping over hands.

Stay tuned for more updates on NYFW, and we hope your having as much fun at the show as we are!