An Applause for the Queen B 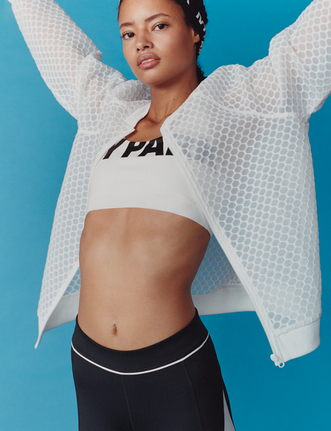 Thats right, its another winner for the Queen B’s books. Beyoncé is releasing not an album but active wear this coming April 14. Beyoncé’s new active wear brand is one to seriously watch out for. The global superstar teamed up with Tycoon Sir Phillip Green to launch an active wear line better than ever. The stand-alone brand comes in 200 different styles, and will hit 50 countries worldwide, including Topshop, net-a-porter.com, and Hudson Bay. The collection is aimed at women who love to sweat, and equate physical strength with emotional well-being happiness. The collection is said to fit like “a second skin” with tons of built-in support and wicking fabrics that are designed for the long run. The collection is also aimed to perform in and outside of the sports arena, and for any kind of active activities such as yoga stretching or kickboxing. The collection is designed for all body types with sized ranging from XXS-XXL. Though, the team has not publicly spoken out on price points, the collection will be aimed at a high bracket.

Beyoncè released the annoucement with tons of social media posting on Instagram and Twitter, as well as released the youtube video with already millions of views. The video features Beyoncé working out in a park and a gym, with a voiceover by the singer talking about how her daily workouts help her stay balanced, feel good, and kick stress.

“I would wake up in the morning and my dad would come knocking on my door, telling me it’s time to go running,” she says in the video. “I remember wanting to stop, but I would push myself to keep going. “It taught me discipline, and I would think about my dreams. I would think about the sacrifices my parents made for me. I would think about my little sister and how I was her hero. I would look at the beauty around me, the sunshine through the trees. I would keep breathing.” She talks about her fears and that her neighborhood park was the place she could always put them to rest. “Before I hit the stage, I go back to that park. When it was time for me to give birth, I went back to that park. The park became a state of mind. The park became my strength. The park made me who I am. Where’s your park?”

There are three legging shapes, made from a sweat-wicking, non-pilling, double-faced polyamide elastane. The three shapes — identified as the I, the V and the Y — have been designed to enhance a range of body types with signature seaming on each, all meant to elongate and flatter the leg. The core leggings feature inner contour shorts to smooth and support and each rise appears in three lengths, just under the knee; on the calf, and to the ankle. There are tank tops with built-in sports bras, seamless knits and bodysuits — fitted with fishnet sleeves for a glam touch — as well as logo sweatshirts, basketball mesh oversize T-shirts and vests, and three-quarter length parkas. The outerwear pieces have heat-sealed tape bonded holes for headphone wires. The color palette is neutral and slimming, and features cobalt, gray marl and black. There are also digital and reflective prints and embossed patterns in a honeycomb shape. In addition to the Ivy Park logo, the clothing features the number four — the date of Beyoncé, her mother and her husband’s birthdays, as well as the couple’s wedding anniversary. She is married to Shawn Carter, aka Jay Z. The “iv” in ivy is a reference to the Roman numeral four and also to the couple’s daughter’s name, Blue Ivy Carter. WWD broke the news of the collection in October 2014, and it was clear from the start the two partners had much more than a collaboration in mind. They immediately formed a 50-50 joint venture, stand-alone company, Parkwood Topshop Athletic Ltd., with its own staff and design team based in London.

We are so excited to see what this collection has in store, and what it will bring to the fashion world, and for that We Applaud You Mrs. Queen B.