6 Female Designers You Have To Know About 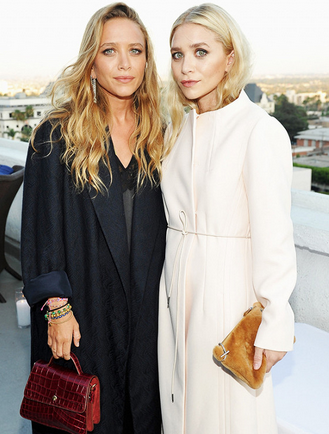 We at Find Fashion are inspired my creativity, innovation, and design. We are absolutely filled with love and inspiration when we see designers revolutionize the fashion industry. Without constant re-engineering and re thinking what is already out there; the fashion world that we see today would not exist.Think about some of the most iconic names in fashion: Christian Dior, Louis Vuitton, Yves Saint Laurent. Each of these unprecedented brands delivers stunning pieces of couture that have redefined the fashion industry. They also share a common thread that may seem so obvious you’ve never given it a second thought: Each is named after its male founder. Although it might seem that an industry that creates products molded for women would be abundant in female leaders, the number of female heads at renowned brands has historically been lacking. However, the male-dominated fashion industry has rapidly changed in the 2000s. Thanks to the blue print layouts placed by trailblazers such as Coco Chanel, female heads are becoming more common, and with their ascendance, women are building brands of their own. 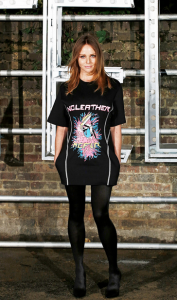 Stella McCartney began her career in fashion as an intern for Christian Lacroix before rapidly landing the role of fashion director for Chloé, where she succeeded Karl Lagerfeld. In 2001, McCartney debuted her own eponymous named brand to critical acclaim. The Stella McCartney line is now admired for its colorful, lively designs that prove fashion is above all, a means to experiment and express yourself. The brand also separates itself by maintaining a cruelty-free policy that doesn’t utilize animal products in its designs. 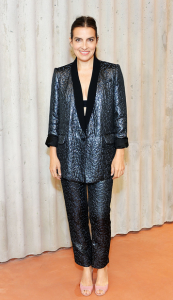 Rachel Comey’s career in fashion began not with womenswear, but with menswear in 2001. However, Comey had built a loyal following by 2004 and soon expanded her line to include womenswear and footwear. Since then, cult favorites like the Mars Bootie and Legion jeans have come to define the brand’s chic, laid-back style that is at once practical and daring. Manufactured and helmed in New York, Comey’s brand perfectly characterizes the glamour New York fashion is known for. 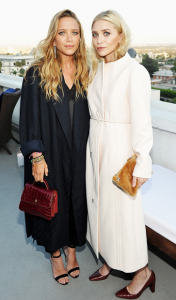 Twin sisters Mary-Kate and Ashley Olsen began their fashion career in 2006 with couture fashion label, The Row. After the brand’s success, the sisters established Elizabeth and James, a more moderately priced ready-to-wear line in 2007. In 2012, the sisters took home the coveted top prize at the CFDA Awards, cementing themselves as a force in fashion to be reckoned with. 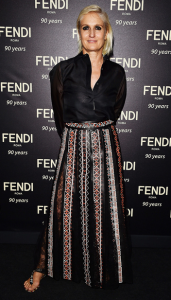 Italian fashion designer, Maria Grazia Chiuri currently has one of the most distinguished careers in the fashion industry, with a hand in some of the most legendary names in design. Chiuri, along with designer Pierpaolo Piccioli, headed Valentino from 1999 to 2016. In the fall of 2016, Chiuri took up the mantle as Dior’s fashion director, her first time alone as head of a brand. The historical appointment made Chiuri the first woman ever appointed as director in Dior’s history. Now that is some serious girl boss material. 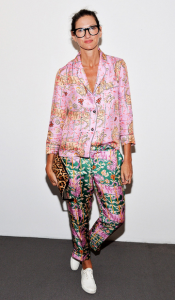 American designer Jenna Lyons has been working for J.Crew since she was 21 as an assistant designer for its menswear division. Since then, her career at the brand has skyrocketed at a tremendous pace. She was appointed vice president of women’s design in 2003, executive creative director in 2008, and, finally, president in 2010. Lyons is an inspiration not only to female designers, but to young people in every industry who strive to turn their wildest dreams into reality. 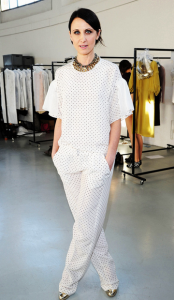 Alessandra Facchinetti has worked with some of the biggest names in fashion. She began at Prada, working mainly with Prada’s sister line, Miu Miu. She then worked with designer Tom Ford at Gucci for four years before being appointed creative director of Valentino in 2007. In 2013, Facchinetti became creative director for Tod’s, which she was the head of until May 2016. Having forged a blazing path in the world of fashion, Facchinetti’s keen eye for pushing trends is sure to lead her to continued success.

Women are continuing to change the role’s in designer fashion and we can’t wait to see what new designers arise in 2017 to create more commotion in the industry as a whole. Our note to inspiring designers is to just keep swimming, and let your creativity soar! Do not give up on your dreams, and let these women inspire you to keep pushing through the hard work.