NYFW ALERT: From getting street style papped to sharing a cab with Karlie Kloss (sort of), Youth Editor Sarah Owen shares her experience of the Spring/Summer 2016 shows! 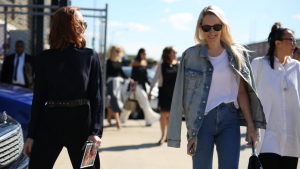 Here’s what she had to say!

Fashion week in September always beats the February season – think slushy snow and Arctic temperatures versus summer heat and open-air venues – so I was naturally excited for the arrival of the spring/summer 2016 shows.

Weather aside, it was a relief knowing NYFW was venturing downtown and saying adieu to the Lincoln Center, which everyone from designers to editors had begun to disdain. Between attending shows, live-tweeting, trending collection images, juggling social media and guest-blogging for Collective Hub, this season delivered some memorable moments (and tips!). And here they are… 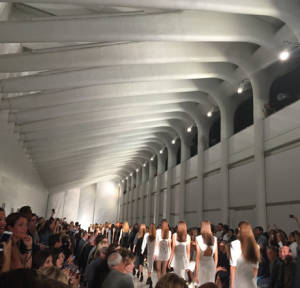 DKNY x Public School: One of my top shows, perhaps because I gave in to some of the buzz (ICYMI: Dao-Yi Chow and Maxwell were recently appointed as the new creative directors). And it all made sense. The show felt very New York, but not so much DKNY. The guys elevated the line, bringing both downtown and uptown elements, and reworked them into a loosely tailored collection of deconstructed power suiting and school uniforms #success.

Subway vs Taxis: Don’t let those heels fool you. To those sitting at home clicking through street style slideshows it may look like taxis are the only way to go. In reality, the vast number of backed-up black SVU’s waiting outside a show may just mean you’ll be late to your next. Many a time I’ve sat across from top models (think Julia Nobis and Hanne Gabe Odiele) on the subway, because they definitely can’t be late for their call time, and they’re real people too. 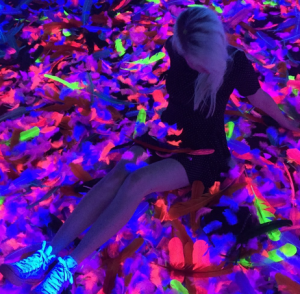 Refinery29’s #29Rooms: I attended the press preview (thank god I did – apparently there were two hour queues when it opened over the weekend). The team at R29 really knocked this one out of the park and it was probably the best way to start NYFW. An immersive 29-room funhouse intended to be a social gift to viewers who come visit and participate in spaces created by artists such as Petra Collins and Shantell Martin. My favourite was probably Print All Over Me’s aMaze room, featuring a labyrinth of bold patterned rooms that I fittingly dubbed 29Shrooms. 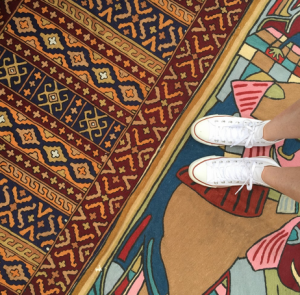 Frame Denim: I’m a sucker for American classics and this season’s presentation was exactly that – wearable, digestible, and polished. The team gifted all editors with a pair of Frame denim jeans, which is smart thinking given the success of the Adidas Stan Smith sneaker they gave out to editors a few seasons ago. Side note: after the show, I ended up jumping in the taxi Karlie Kloss was getting out of and my colleague began laughing after I sat in a pile of her sweat. I get it! The girl’s running around, it’s hot as can be, and those leather (probably pleather) seats aren’t so bare leg friendly. 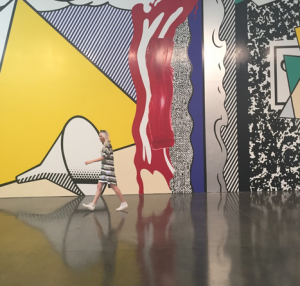 Art Happenings: I make the most of the shows being held over on the west side to pop into a few of my favourite galleries in Chelsea, because #Instagram and #ArtLover. I was lucky enough to catch Roy Lichtenstein’s Greene Street Mural recreation at Gagosian Gallery right before dashing to the Tibi show.